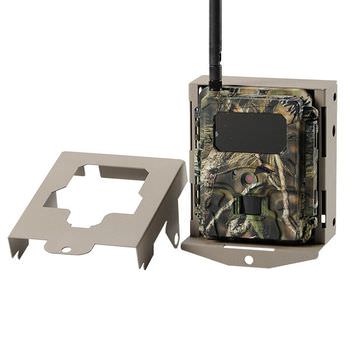 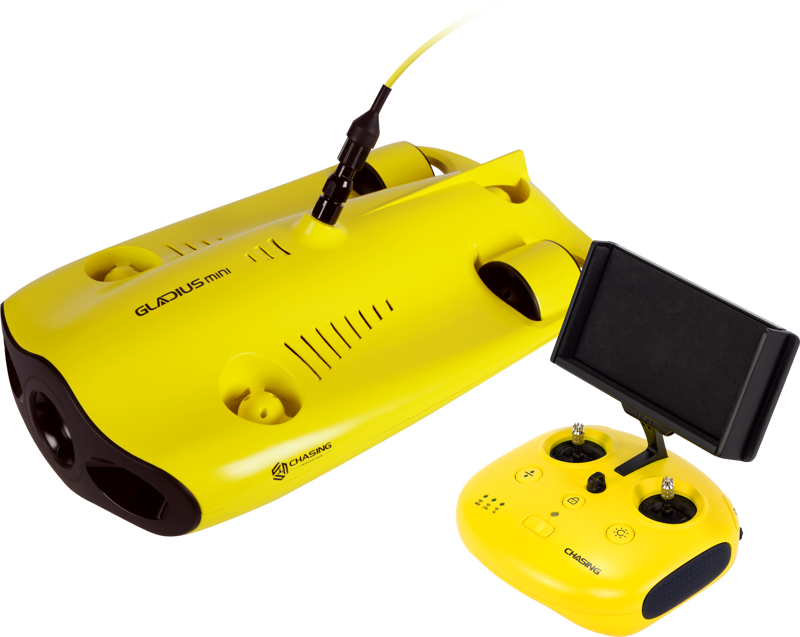 Chasing-Innovation Gladius Mini is an underwater drone with five engines/propellers. It can dive to 100 meter depth and record movies in 4K quality. You can lock it to a certain depth and tilt it to + [Loe veel...]

Edasi
Chasing-Innovation Gladius Mini is an underwater drone with five engines/propellers. It can dive to 100 meter depth and record movies in 4K quality. You can lock it to a certain depth and tilt it to +/- 45 degrees. Gladius mini has a battery life of 1.5-2 hours. Follow its journey live on your mobile or tablet. The package contains everything you need to get started quickly. Drone, connection cable (100 meter), base station, remote control and charger. Experience a new world and capture it on video! Operating the Gladius Mini In the front are 2 powerful LED lights. You control the LEDs from the remote control, adjust the brightness from 0-100%, max 1200 lumens. The color temperature is 4500k. When driving the drone, it lies horizontally. If necessary, the drone can be tilted up or down, for example when inspecting a boat hull or bottom under the drone. You lock the drone angle by pressing a button on the remote control. The drone holds the selected angle while allowing you to maneuver the drone as usual. Via the screen you get the exact information on which the deep drone is. But in some situations it may be good to keep a constant depth/level. This is easily set via a button on the remote control. A new feature on Gladius Mini is that you can see live images from the drone of up to 3 units simultaneously. There is also HDMI output to show the live image on larger units, such as a TV. On the remote control you can mount mobile phone or tablet size from 5 inches up to 12.9 inches. Features Max depth 100 meters 4K UHD camera Deep lock +/- 45 degree tilt function Live image on multiple devices + HDMI out What's in the box 1 Chasing Gladius Mini Drone 1 Chasing 100m Tether & Winder (111223) 1 Chasing Remote Controller (115525) 1 Chasing Charger (112511) 1 Chasing Towel
Tähelepanu! See veebileht salvestab küpsiseid, et tagada parim teenuse kvaliteet ning koguda infot keskkonna paremaks muutmiseks!